TiECON Chennai has been one of the largest gatherings of Entrepreneurs in India. With an expected attendance of over 1500 delegates and a selection of distinguished speakers, TiE Chennai provides a global perspective in an Indian context, making it a must attend conference for every Indian Entrepreneur. Synergita is partnering with TiE this year to sponsor “Me, Me, Me & Me?” a session on “The strength of pack is the wolf and the strength of the wolf is the pack (Courtesy: The Jungle Book)”. How you build your team and build a formidable force for world domination. An Entrepreneur in conversation with an Entrepreneur. The session is presented by Mr. Ramesh Srinivasan and Mr. Ganesh Chella. 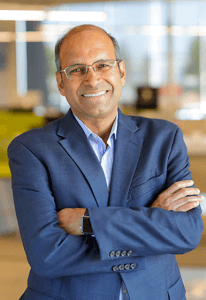 Ramesh is a veteran leader and innovator, with a passion for technology and a strong track record in scaling public companies. His personal journey is a compelling one: He graduated from the prestigious IIT (Engineering) and IIM (Management) institutions in India, then started his career in general management before switching to application software. Ramesh began his US career in Sept, 1988 as an application software programmer and then advanced to executive positions at major corporations like Manhattan Associates and Bally Technologies.

Before joining Ooyala, Ramesh was President and Chief Executive Officer of Innotrac, a leading provider of e-commerce solutions for digital retailers, where he oversaw the company’s merger with eBay Enterprise. He also spent nine years with Bally Technologies (NYSE: BYI – later merged with Scientific Games), maker of advanced technology-based casino games and systems, where he rose from Executive Vice President for Systems to President and COO and then to CEO. During his tenure, the annual revenue run rate for the company grew from $500 million to $1.2 billion, while its share price increased eight-fold. Prior to joining Bally, Ramesh was EVP at Manhattan Associates (Nasdaq: MANH), a premier Supply Chain Solutions Provider. During his seven years at Manhattan, Ramesh’s results-based performance led his to his elevation from Director to Senior Director, VP, SVP and EVP, while the company’s annual revenues grew by approximately 500%. At Manhattan, Ramesh was responsible for building a world class Product Development and Support Center in India and his leadership in multiple areas, including cost effective Global R&D, Customer Support, Professional and Technical Services was instrumental in positioning Manhattan as a technology industry leader. 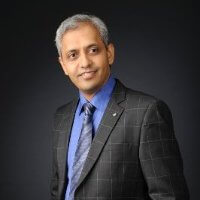 In a career spanning over three decades, Ganesh has come to be respected and acknowledged for his contributions as a practitioner, consultant, coach and thought leader in the field of Organisation Development, Human Resources Management and Executive Coaching.

After a successful corporate career in Human Resources for 16 years (in organisations like Cadburys, TVS, Citibank and RPG), Ganesh Chella founded totus consulting in June 2000, CFI in May 2006 and totus HR School in November 2011. He is the author of two books and over a 100 published articles.

His book “Creating a Helping Organisation – 5 engaging ways to promote employee performance growth and well – being” provides path breaking insights into the helping needs of Indian employees and the place of various helping relationships to address these needs.

He has also co-authored “Are you ready for the corner office” the first attempt in the country to document and publish coaching cases and through that demystify Executive Coaching.

Ganesh is an alumnus of XLRI, Jamshedpur. He is a professional member of ISABS and served on its Board as Dean–Publications for 6 years. He is a Master Coach trained by Dr. Skiffington, Australia as well as a certified Coach from Coaching Foundation India.

We’ll see you at the event!

Ready to take a test drive?

It's easy just login and play around