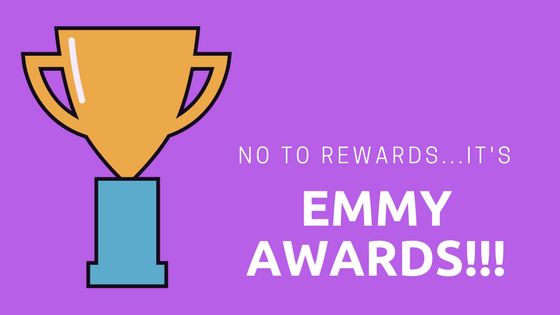 Why impose namesake rewards when you can recreate the Emmys?

The recent Emmy awards have created a great buzz among the millions of prime-time viewers, all over the world. People were patiently waiting for the show to be telecasted so they can get to experience the glamorous night with their favorite television stars. It’s great that actors/actresses that work hard all year round get recognized and rewarded for their performances on such a large scale! Then, why not relate the same for employees working in the corporate world? Don’t we all work as hard, day in and day out?

Rewards and recognition (R&R) are like conjoined twins in the corporate universe. You need to reward employees to ensure that their contribution to the organization is recognized.

Now, the initial plan is always to reward the top performing employees in the team; boiling down to two or three people, at the most four. Wouldn’t this be unfair to the remaining group of onlookers who have been waiting all year long for their own moment of glory? This could also lead to dissatisfaction or lack of motivation in the team, and we all know how that goes down.

If we were to take a leaf out of the ‘Emmy awards’ book, the R&R process could turn into an event that people eagerly look forward to. How would you do that? We could create multiple categories of awards that could be presented to multiple members of the team. This way, there would be more winners and more employee satisfaction! Let’s take a look at some of the possibilities.

This team member is the one who is loved by one and all! The reasons could be many, but what matters is that the feelings are mutual and almost every member of the team loves to work with this person. 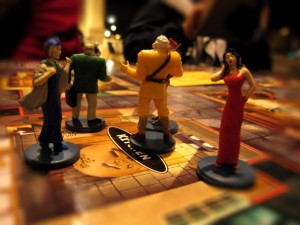 To discover this nominee, you could make use of the ‘360-degree feedback’ feature in the performance management software.

This nomination would be apt for that person who probably went from a trainee to an expert in the team in the shortest period. This implies that the individual is a fast learner and has shown great career growth. 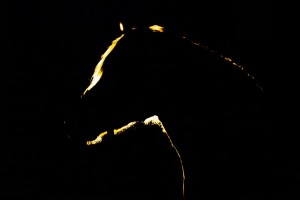 The ’employee development’ feature of a PMS would be the right way to know the exact state of the team members and where they stand in terms of their responsibilities. The more training they take, the faster they keep moving up the ladder of success!

A person full of new ideas to refresh the existing processes being followed. A breath of fresh air for the entire team, and how good that feels! Every team needs someone like this to innovate and try new things. 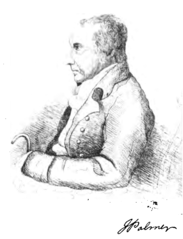 With a ‘continuous conversation’ system, team members can express every new idea that comes to their minds. After all, these new ideas are what turn into great results and greater ROI. A big award to the Einstein in the team!

I’m sure you’ve across this category of people at some point in your life. The ones who question everything that they come across!

People say that asking questions must be encouraged in children at a young age. Then, why not accolade such behavior at your workplace? Accepting everything at its face value is wrong, and hence questioning them sometimes brings forth answers that you probably never knew of.  Chances are that you now know much more than you did a few minutes ago. 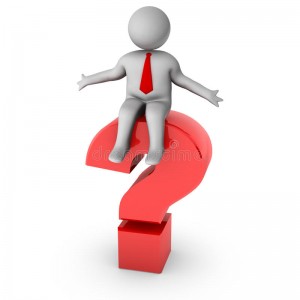 Make use of the ‘check-in’ feature in a PMS to assess the curiosity in team members. Ask questions, get awarded!

We all need a portion of this particular character in our lives to get through each day without a hitch. But there are those that are quintessential multitaskers that are awe-inspiring to watch. 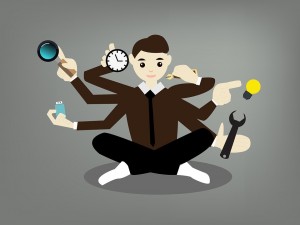 To gauge such characteristics, the ‘goals setting’ feature would speak volumes for your team members – their ability to accomplish multiple goals in a given time. It is a pleasure to have such members in your team and watch all of the tasks get done in no time.

It goes without saying that such superheroes need to be rewarded!

So you see, the term ‘idiot box’ could be changed to ‘inspiration box’ if you knew how to well-utilize what you watch! There is nothing holding HR back from organizing a similar awards event for various teams and giving out rewards internally. All one needs is some recognition, some motivation, and some engagement. Go #Emmys!

A Note from Synergita

In this pandemic situation, it is really a herculean task for HR to engage their employees and sustain performance and productivity. To make things easier for HRs we offer Synergita Engage free for 6 months.

Enjoying the article on rewards and recognition?

Would you like to see more through our software? 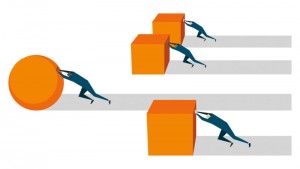